Hi Jennifer, thank you so much for hosting me on your blog today, with my new release, Spice & Vanilla.
Hello Katherine - you're welcome -Can you tell me about your book?  And I see you have a delicious recipe for us as well!  Readers - enjoy! 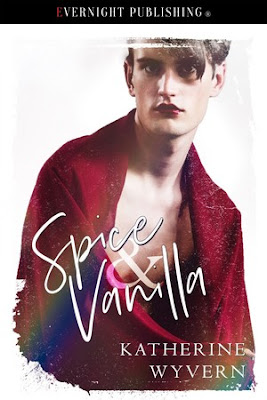 Blurb: Time was when Di could dance all night. Time was when she could ride any horse in the stable. Time was when she had a fiancé, a future, and a home she loved. Until a silver SUV came out of nowhere and broke her life in half.
Well concealed under a sarcastic, spiny hide, Hugh has a darkly romantic, passionate soul. Torn between love and terror, he’s held the talented, elegant, magnetic Raphael carefully at arm’s length since the day they met.
Male or female, men or women, kinky or sweet, top or bottom? Angel or devil? Raphael’s life is a string of unanswered questions. And Lucie, his long-hidden female self, may bring it all together or destroy everything he has, whether with Di or with Hugh.
Be Warned: crossdressing, genderqueer, BDSM, m/m sex, spanking, sex toys

Spice and Vanilla has three main characters, Hugh and Di—connected by Raphael, who himself is almost two characters in one, as his feisty female side, Lucie, takes up a life of her own. When I began to write this story Raphael/Lucie was pretty well formed in my mind, but I was not very sure where the other two were going. They seemed to be accessory to Raphael’s complexity rather than fully fleshed out people. But the more I wrote of them, the more they came to life, sprouting their own personalities and opinions and back stories… it was surprising and slightly alarming, as I found myself dragged into a far bigger project than I had originally envisioned.
One of the unexpected developments was that both Di and Hugh are more or less constantly trying to feed up Raphael, who is a skinny bundle of nerves … so the book includes some Tex-Mex (without cilantro, I hate cilantro), a traditional Brittany recipe, Galettes de Sarrazin, a disastrous attempt at eggs and bacon, and a classic from my own country, Puttanesca. Like most traditional recipes Puttanesca comes in many variations. Here is the one I like most. Note that the word Puttanesca refers to a whore, or bitch. It’s a dish that should be *very* spicy ;)
““Fancy some dinner?” asked Hugh.
“Nah. Ate something on the way here.”
By the vagueness of the “something” and Raphael’s pale, pinched looks, Hugh doubted that very much, but sometimes he just didn’t have the energy to argue the point. He dished out his own meal and went to sit on the sofa close to Raphael, hoping that the smell of homemade Puttanesca sauce would eventually entice him to take a bite or two. Sometimes, it was all that you could do for him.
Indeed, after a while Raphael relaxed enough to go poking around in the kitchen and pick at the pasta left in the pan with a wooden fork. He didn’t fill a dish, or sit down, mind, just ate a few mouthfuls standing by the hobs, like a long, thin, picky stork...”

Hugh’s Puttanesca
-one large onion, chopped
-3 or four cloves of garlic, finely chopped
-one cup (approx.) of Greek black olives, destoned if you prefer
-one heaped table-spoon of salted capers
-one can of peeled tomatoes
-hot chili, fresh or dried, to taste (I like it *hot*! Hugh is the Spice!)
-a small bunch of fresh oregano, or a very generous pinch of dried one
-olive oil
-Parmesan cheese, grated
-300 g pasta (the tradional format would be spaghetti, but I like fusilli)
-Fresh basil (optional)
Feeds 4 city people, or 2 hard-working farmers ;)
Gently sauté the onion and garlic in a large pan (with bit of olive oil). When softened but still pale, add the chili, olives, and capers. Sautè until the onion is slightly colored at the edges. Add the tomatoes and simmer for ten minutes or so, until most of the liquid has evaporated but the sauce is still pretty loose. Add the oregano and set aside.
Cook the pasta, drain it and bring the sauce back on the fire. Mix in the pasta, and a spoon of olive oil. Adjust seasoning, take to the table in the same pan, and after dishing it out, scatter generously with Parmesan cheese and some basil if you like (do not, for the love of all that is holy on this good green earth, cook the Parmesan cheese and the basil in the pan) 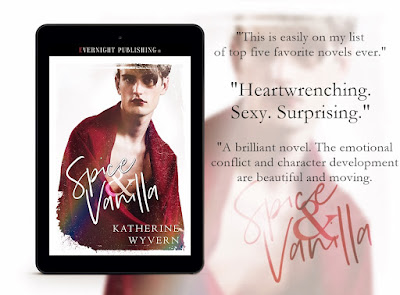