The Benevolence of New Ideas by Carmela Cattuti

The Benevolence of New Ideas 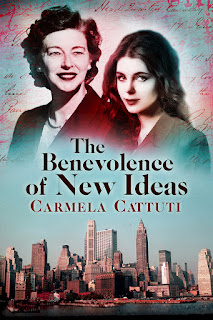 The satisfying conclusion to Angela Lanza’s story which began in Between the Cracks when she loses her entire family in the earthquake on Sicily following the 1908 eruption of Mt. Etna and continues in The Ascent as she adjusts to life in the United States as a new bride and Italian American immigrant. Now, in the final installment in the trilogy, The Benevolence of New Ideas, thrusts Angela and her family into the heart of the Vietnam War and the turbulent times of the 1970s. As the family matriarch, Angela guides her niece, Marie, through these challenges and the era’s limiting structures of education and organized religion, helping Marie to embrace new ideas and expand her intuition and relationship with the unseen world. Angela’s compassion and wisdom has an exceptional impact on Marie’s life and those around her. A fulfilling ending that celebrates Angela’s wisdom in all things along with her well lived life from tragedy to triumph and from heartbreak to the enduring love of family.

Angela sat by her husband’s hospital bed and waited for the end to come. She wondered how she should move forward in her life after Franco took his last breath. He had married and brought her from Sicily in 1913 and now, years later, he lay dying from a stroke. In life he constantly expressed his opinion, regardless of popular sentiment, and now his voice was gone; his shallow breathing was the last functioning system. He had had several strokes over the years, this was the one that would take his life. Angela had sat with many of her family members and friends during the past decades as they transitioned into the next world: her mother-in-law, sister-in-law, and older Italian immigrants who left their homeland and never saw the land of their birth again.

Franco’s chest rose slowly and fell abruptly, as if his lungs were attempting to perform their function but the soul who had inhabited the body had already vacated and was waiting for his lungs to stop so he could complete the process and move on. When Franco executed his final breath, Angela anxiously awaited his next inhale—but his chest was still. He had gone.

Angela had cared for Franco during his long illness, and now she was free. The relief she felt made her cringe. How could she so easily feel relief when Franco had suffered? 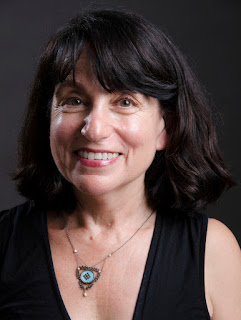 Carmela Cattuti started her writing career as a journalist for the Somerville News in Boston, MA. After she finished her graduate work in English Literature from Boston College she began to write creatively and taught a journal writing course at the Cambridge Center for Adult Education. As fate would have it, she felt compelled to write this homage to her great-aunt, who survived the earthquake and eruption of Mt. Etna and bravely left Sicily to start a new life in America.

Between the Cracks and The Ascent began the story, which now concludes with the final book in the trilogy.

Purchase Links: The book is on sale for $0.99 during the tour.

Carmela Cattuti will be awarding $10 Amazon or B/N GC to a randomly drawn winner via rafflecopter during the tour.

Are You Okay, Elliot Hart? by Kate S. Martin

This post is part of a virtual book tour organized by Goddess Fish Promotions. Kate S. Martin will be awarding a $25 Amazon or B/N GC to a randomly drawn winner via rafflecopter during the tour. Click on the tour banner to see the other stops on the tour. 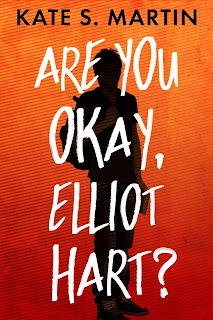 "You keep it on the inside because that's the safest way to hide."

Fifteen-year-old Elliot 'Matchstick' Hart spends his days caring for his mum and hiding from the school bully.

Hoping to save his mum, Elliot embarks on an adventure inspired by a picture in an old newspaper. Little does he know that Josh has decided to join him.

On their journey, strangers and surprises force them to look at each other in a different light. As secrets are revealed, will they reconcile their differences or will the secrets tear them further apart?

I’ve spent the last few years making myself invisible. Many teenagers are blessed with unique talents—speak multiple languages or belch the alphabet backwards. Me? I’ve spent the last few years perfecting my own superpower: the ability to make myself disappear. Over the years, I’ve adapted to my surroundings and taught myself how to vanish, like an animal being hunted in the wild. I’ve fine-tuned techniques like staring at my shoes, hiding in the school toilet, and burying my head in a book. Right now, I’m practicing the art of staring at a notice on the wall while I wait for my appointment with Mrs. Spencer, the school counsellor. “Matchstick!” I’m knocked sideways, and Josh McBride’s leering smile is in my face, the same mocking expression mirrored by his friend, Lewis Pretty. Their laughter echoes down the corridor as they slope off. It would be fair to say that my invisibility training still needs work. “You okay?” Felicity Hooper has appeared to my right, studying the same notice from the drama department. There’s a play every year, and every year I dream of auditioning, but I don’t even have the confidence to hold a conversation with the girl standing next to me. The really pretty girl standing next to me, to be specific. “You’re in my history class?” “Yes. It’s Elliot. Elliot Hart.” Who do I think I am? James Bond? “Well, Elliot Hart, are you okay?” She grabs the pen attached to the board and scribbles her name on the audition sheet. Felicity Hooper is amazing, so it’s a damn shame I morph into a bumbling idiot around her. 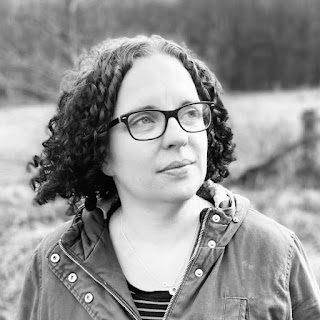 Kate grew up in a small town in Lancashire, England with her mum, dad, and two older brothers. A bit of a tomboy, she loved nothing more than going out for adventures with her brothers, as long as she was back before dark.

She studied English at Reading University and gained a teaching qualification at Manchester. Nowadays, Kate spends her days teaching English at a local high school in Cheshire and her evenings are spent writing stories close to her heart.

She believes teenage years can be particularly difficult and wants to create stories that show empathy and hope for her readers. She lives with her husband, two children, and Jessie, the miniature schnauzer.