The Road to Eternity

The party never ends on the road to eternity. Leading the troop is Zeus, and he decides which stop is next and how long the party stays. Back in forth in time from mountain top to sandy shore, the party winds its way in a cacophony of sound and color. But Ares has decided to take over the party and lead it to where its never gone before: to the great and bloody battlefields of history. Having joined the troop expecting wine, song, and fun, Clio, a young magician, instead finds herself in a nightmare voyage. Escape means going through Hades, where she meets Chiron, Cerberus, and the queen of the dead, Persephone. In order to stop Ares, she must somehow free Zeus from the prison Ares has cast him, but it won’t be easy. Ares has put Zeus into the body of a young and handsome, rich and famous rock star. Persuading him to give up his fame and glory is what she has to do before he can recover his memory and take control of the troop that voyages on the road to eternity.
But how can she convince a god to embrace the simple life? Using her magic, she kidnaps him, and finds herself running from the law with a disbelieving and reluctant hostage. She has to find Ares and the troop – and she knows where to look. It’s September, 2001, and a disaster is about to happen.

It's about halfway done, and my editor at Cerridwen wants first peek at it for their brand new YA line. It means I have to actually sit down and finish it now! 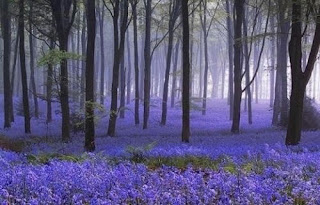 Tri Via is an intersection of three roads, where messages are posted, and where you can choose your destination...
From here you can visit:

to read my usual blog

Or take a look at my websites: