This post is part of a virtual book tour organized by Goddess Fish Promotions. Anna Katmore will be awarding her entire GROVER BEACH PLAYERS series as ebooks, or alternatively any of her own novels in ebook format the winner likes, to a randomly drawn winner via rafflecopter during the tour. Click on the tour banner to see the other stops on the tour. 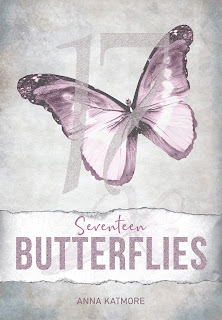 The embarrassment of being the only “un-kissed” girl in senior high is something Sandy Cardington refuses to accept. The first kiss project is her foolproof plan to finally get rid of the status at her birthday party while her parents are out of town.

With several kissable boys on her guest list, this should be a walk in the park. But she didn’t reckon on her older brother returning from college days before her 17th birthday, putting a spoke in her plans. To make matters even more complicated, he has a friend in tow, and the cute hockey player stirs unexpected butterflies in her stomach every time their paths cross.

While Sandy moves heaven and earth to make her party and project come true, she doesn't know that Thane Griffyn is making his own plans to teach her the real meaning of a first kiss.

“You know what?” I follow him around the kitchen island with my breakfast and take a seat beside him. “Since you’re going to live here for the next few days, I guess it’s okay that you feel at home. So when you’re hungry, just come down and grab whatever you want.”

His black eyebrows knit in my direction. “Without asking?”

I bite the corner of one toast. “Mm-hmm.”

“Really? You mean everything?”

“Yes, I mean everything,” I assure him, laughing now while I chew. “Except my Oreos. If you want to live, don’t touch them.” This is a warning he should take very seriously. I’m addicted to the cookies.

As his gaze drops to my body and rises within a millisecond, I roll my eyes because I realize I ran right into that one. To his credit, he holds back his gamy smirk ninety percent. “Got it. Can eat everything. No Oreos.” Leaving his mug on the counter, he slides from the stool and gets the sugar bowl from where I pointed him. After he comes back, standing beside me now instead of taking a seat again, and adds a careful spoonful of sugar to his brew, he reaches over and snags the untouched second slice of toast from my plate.

“What? You said everything.” With a shower of mischief in his star-blue eyes, he arches his brows once as he takes a bite from the toast. Then he leans in really close, keeping our gazes locked with his intense stare, and adds in a drawl that makes shivers zoom down my body, “Be thankful that I didn’t eat the Milky Way.” 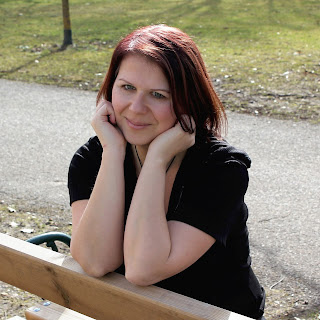 I’ve been a storyteller all my life, building bridges into different worlds. Already in kindergarten, I’ve seen the most fantastical things and wanted to share them with everyone. My teacher called me a liar back then. Today, I call it the first real flash of my spiritual gift and the cornerstone of my writing career.

When I got older, I’ve had many visions of a perfect career, while writing has always been more of a hobby and kind of a therapy for me when the longing for more magic in this world once again caught up with me in a crushing way. When my first book was finished, I couldn’t even imagine sharing one of my stories with others, ever. In fact, I only got used to the idea while I wrote my second book and learned in a very miraculous way where the many stories in this world really come from.

It’s funny how, at that point, everyone told me I can’t possibly make a living with writing. They even warned me not to quit my job. But after my debut novella PLAY WITH ME came out and sales skyrocketed within the first week, I knew I could do anything I wanted if only I never stopped dreaming.

That’s also part of what I teach my students in writing and spiritual workshops today. Always dream big! If your dreams don’t scare you, they aren’t big enough.

“I’m writing stories because I can’t breathe without.”

Disney is my attitude to life, and if I could I’d save the world from itself. My Patronus is a wolf, my wand the broken twig of an apple tree, 13 ¾ inches with a unicorn hair core. I can’t deny that on some days, I prefer my book characters over real people, but there’s not a single day going by where I wouldn’t try to find magic in reality. And when I’m alone, I love to listen to the many stories of the wind in a mystic mid-summer night.

So you see, I’m lucky enough to live in an enchanting world of my own. It’s peaceful there and full of magical things, fairies and wonders. You’re welcome to follow me there – if you’re ready to open up your mind and leave everything you learned about reality behind. But beware, if you dare to step through this door, you may never want to leave again…

Buy link for Amazon and Kindle Unlimited: https://www.amazon.com/dp/B09BD3XDZQ
Anna Katmore will be awarding her entire GROVER BEACH PLAYERS series as ebooks, or alternatively any of her own novels in ebook format the winner likes, to a randomly drawn winner via rafflecopter during the tour.

Preying on the Church by Kimberly B. Jones

This post is part of a virtual book tour organized by Goddess Fish Promotions. The author will be awarding a $10 Amazon/BN GC to a randomly drawn winner. Click on the tour banner to see the rest of the tour. 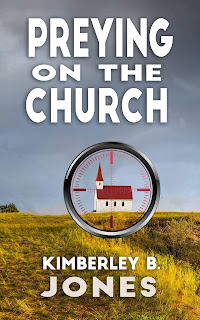 Preying On The Church, is an inspiring novel about an African American middle-age woman Margie, who is well-known in her community through her job as a Realtor, serving as a representative on the Rockford Town Council, and giving her portion of life at Rockford Baptist Church.

A tragic accident happens that no one could ever believe. After a church shooting, Margie loses faith as her life is shattered into pieces losing someone close to her that causes her to journey through the five stages of grief.

It takes her to the lowest possible point of survival: isolating herself from friends and family, losing faith, drinking alcohol, almost getting arrested, and losing her job to realize she is on a path of destruction.

Without searching, Margie opened the Bible and it fell to the page of (e.g., Ephesians 4:31-32). “Get rid of all bitterness, rage and anger, brawling and slander, along with every form of malice. Be kind and compassionate to one another, forgiving each other, just as in Christ God forgave you.”

What a coincidence, she thought. God is reaching out to me this morning. I don’t deserve Him after I turned my back against Him.

Margie got off the bed, fell to her knees, and slapped her hands together.

Barry walked in the room. Once he noticed Margie praying on the floor, he stopped and went to stand in the hallway, laying his back against the wall as he eavesdropped on her prayer.

When she finished, Barry walked into the room. “Margie, get ready because we have to go.”

“Because you didn’t come to my court hearing, so I thought you weren’t coming today.”

“I was wrong for that, and I should’ve supported you then, but I am definitely supporting you today and I might want to say something if I have the strength,” said Barry.

Margie and Barry got dressed in silence, both worried about how they would testify.

After they were dressed, they walked downstairs and out to the car.

Noticing Margie limping, Barry escorted her to the car. He walked over to open Margie’s door and made sure her legs were inside and closed the door. 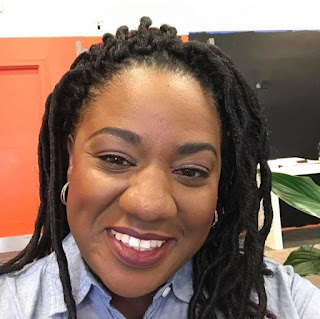 Kimberley is a professional early childhood educator and entrepreneur. She was born in the small town of Saint George, South Carolina, on September 12, 1982. Graduated from Woodland High School in 2000, Benedict College in 2004 with B.S., Child & Family Development, and from Ashford University in 2013 with a Masters in Early Childhood Education.

After receiving her education and being a military spouse, she held several jobs as a preschool teacher and a preschool director, but she wanted to her education to use by writing children’s books. She wrote her first book in college for her children’s literature course. She has self-published several children books on Amazon.

Currently, she is branching off into writing fiction YA, NA, and A novels on issues in society. She loves writing and would not change it for nothing in this world She is now published by Rhetoric Askew. Kimberley is the author of Our Friendship Matters and Preying on the Church.

This post is part of a virtual book tour organized by Goddess Fish Promotions . Isabel Scheck will be awarding a $10 or $15 Amazon or B/N G...